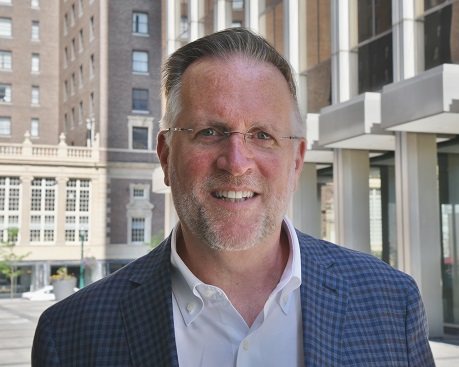 Chuck was heavily involved in a wide range of Construction Projects early on in his Real Estate Career at The Widewaters Group Inc. Chuck was instrumental in not only leasing space but also seeing the construction projects through to completion. His years of experience allowed him to aid in developing a single source provider system that helped get deals done and aided in limiting cost and time delays.

In 2005 Chuck was one of the founding members of CBD Builders, LLC which offered the same single source approach to design and construction for a wide range of clients including his own. In January of 2009 Chuck along with Courtney Wilson launched CBD Companies which includes a Construction, Brokerage and Development Company.

Though Chuck’s main focus is on the Real Estate Brokerage business he remains instrumental in CBD Construction’s growth and success from a leadership and business development side.

Chuck is a 1987 graduate of Syracuse University and resides in Manlius with his wife Marie and their four children. 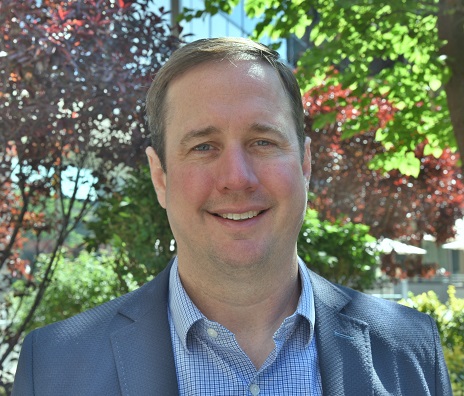 Courtney has been involved in the construction industry for most of his life. From an early age he played a role in the management of his father’s residential contracting business where his duties ranged from drafting contracts, organizing jobsites and performing in different trade and labor capacities. Courtney credits a lot of his early success to the hard work and guidance passed on by his father and uncle.

In 1998 after graduating from college Courtney joined The Widewaters Group, Inc. in Dewitt, New York to obtain experience in the commercial construction and real estate development field. In his eight years with the firm he quickly advanced roles from Project Manager to Construction Executive. Courtney oversaw the construction of many fast track construction and development projects in the office, medical and retail sectors. His roles and responsibilities at Widewaters allowed him to wear many different hats including design builder, owner’s representative, general contractor and construction manager.

His years of working for a long term owner and investor have helped develop his vision and approach to design, construction and real estate development. His “build it like you own it attitude” is one of the key ingredients to serving CBD clients needs. Courtney joined CBD Builders, LLC as a partner in 2006 and was appointed President in 2008.

Courtney is a 1997 Graduate of Stony Brook University and resides in Manlius with his wife and three daughters. 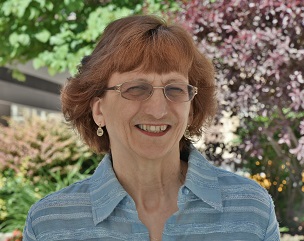 Gwen Eichorn joined CBD Companies as Controller in 2014.  Gwen’s prior experience includes Senior Auditor for a regional CPA firm in Raleigh, NC, a Municipal Accountant for Oklahoma City, and more recently the Finance Director for a health care company in Syracuse.

Gwen is a licensed CPA.  She received her Bachelors of Business Administration from Hofstra University and MBA from Empire State College. She resides in Tully with her husband and son. 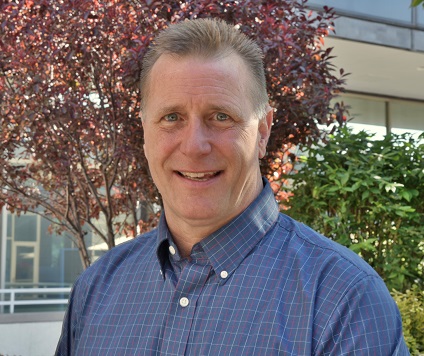 Todd rejoined CBD in 2019 and is currently serving as a Project Manager. Previously, Todd worked for CBD as an assistant project manager and brings over 30 years of construction experience with him. He has spent a lifetime in and around the construction trades working first as a laborer, then as a carpenter before entering his management role. From design to build, he is the liaison between the owners, architects, engineers, and subcontractors throughout the construction process. Todd’s industry experience includes food processing, healthcare, medical and office projects.

BJ graduated from Augsburg College in 2014 with a degree in Business Management. Right after college BJ worked as a Project Manager for a General Contractor building retail stores inside of malls throughout Midwest. He Joined the CBD Team in 2018 as a Project Manager and brings environmental remediation experience to the team. Previously BJ worked as a Construction Manager at an environmental engineering company and worked on many environmental remediation projects across the country. 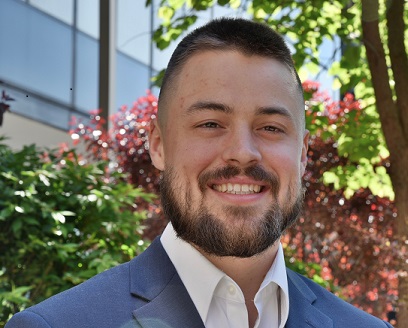 Zach joined the CBD team in early 2018 as a Project Engineer. He is a 2014 graduate of SUNY Geneseo with a B.S. in Business Administration. Previously, Zach has worked for CBD in various functions including laborer, intern, and project superintendent. Prior to coming on board at CBD, Zach worked as a Timber Framer for New Energy Works, in Farmington, NY, manufacturing and raising custom timber frame homes throughout the Northeast. He has spent a lifetime in and around the construction trades working closely with his father’s construction company, Chesapeake Builders. His passion for the built world drives him to continue learning and growing within the construction industry. 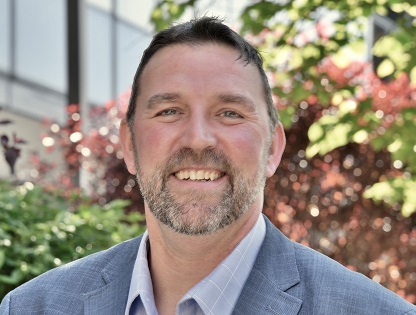 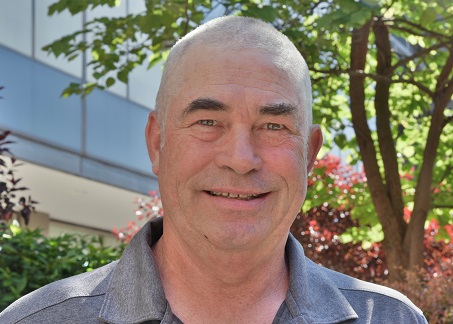 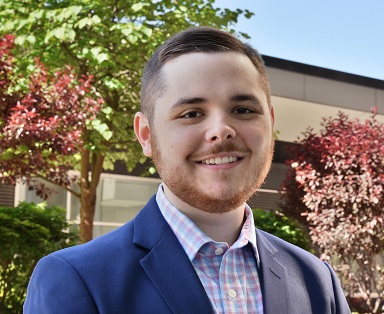 Alex began at CBD in March 2019 as a Staff Accountant. He is a 2018 graduate of Le Moyne College with a B.S. in Accounting and a 2019 MBA graduate, also from Le Moyne College. He helps primarily with CBD financial statements and property management tasks. Originally from Albany County, Alex brings a solid accounting education and customer service background to the team. He currently resides in the town of Fayetteville. 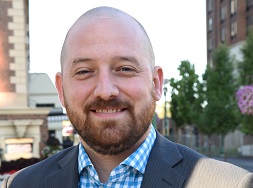 James joined CBD in 2010. From design to build, he is the liaison between the owners, architects, engineers, and subcontractors throughout the construction process. James’ industry experience includes healthcare, office, datacenter, and environmental remediation projects. 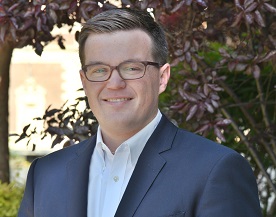 Michael began his career negotiating labor contracts for the Port Authority of NY & NJ. He then became an Assistant Vice President of Asset Management for the New York City Economic Development Corporation. In that role he helped operate a portfolio of waterfront assets that generated over $50 million in annual revenue.

Michael then moved home to Syracuse where he became the property manager for a one million sq ft commercial office portfolio. In addition to directly managing the operations of the buildings, Michael also oversaw all construction projects including over $5.5 million in tenant build outs which helped raise occupancy from 75% to 87%. Michael also managed over $4 million in capital projects including upgrades to the roofs, lobbies, cooling towers, and parking lots. This work resulted in a 103% projected IRR for investors.

Since 2018, Michael has served as a Syracuse Common Councilor-At-Large. As a Councilor, Michael is the Chair of the Public Works Committee. Michael also serves on the Board of Directors of the Syracuse Economic Development Corporation (SEDCO). He lives on the East Side of Syracuse with his wife, Emily.

Michael has a BS from the Cornell School of Industrial and Labor Relations and an MBA from the Zicklin School of Business at CUNY Baruch. 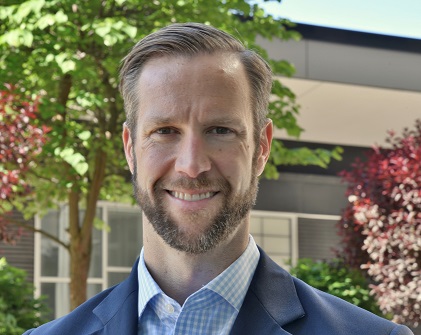 Eric Will III has been with CBD Companies since 2010 working as a Licensed Real Estate Salesperson and Property Manager. He holds a Real Property Administrator (RPA) designation through BOMI International and currently manages over 800,000 SF of Class A office space. Responsibilities include leasing, contract negotiations, vendor management and tenant relations.

Eric is a graduate of Colgate University and resides in Syracuse with his wife and their two daughters. 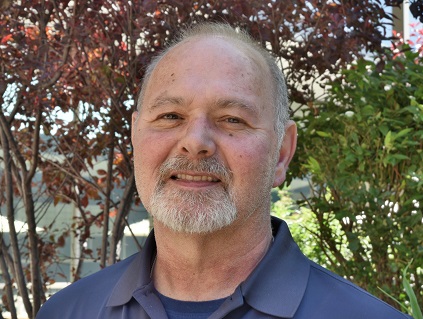 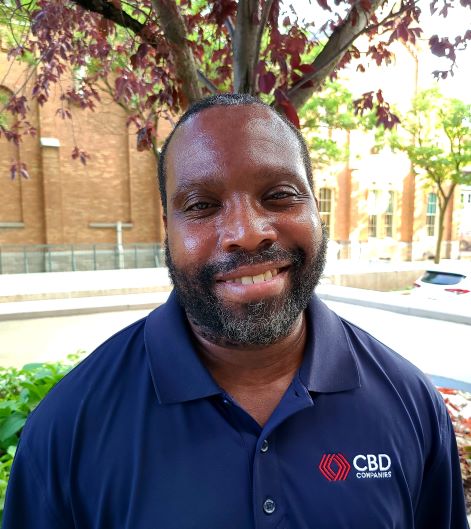 Preston previously worked in Brooklyn, NY, and attended a local college for 2 years studying Security Management. He brings with him over 10 years of experience in Security and is currently the Security Manager for the Barclay Damon Tower in downtown Syracuse. Preston looks forward to utilizing his skills and experience with CBD Companies. 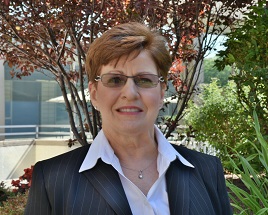 Mary joined CBD in June 2018 as Office Administrator. She has over 30 years of experience in executive administration to several successful commercial real estate development and retail leasing companies.